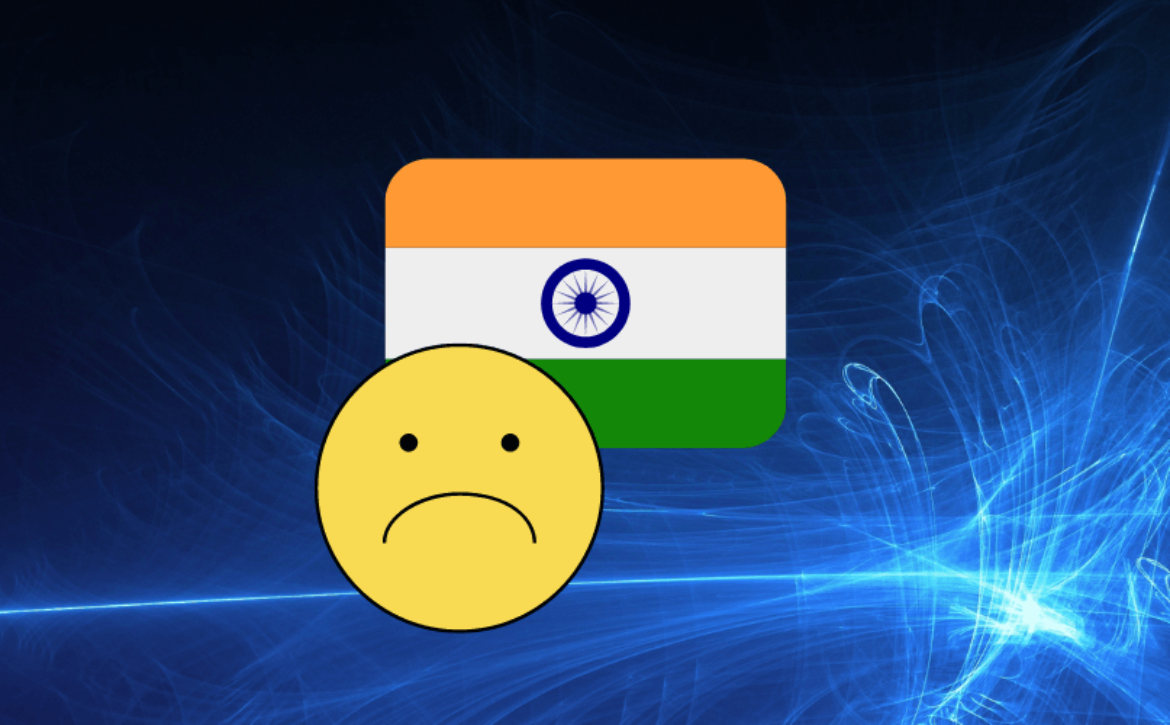 Why were the servers in india removed?

Dear VPN.lat users, due to new regulations in India we have made the decision to remove the servers located in the mentioned country.

The Computer Emergency Response Team (CERT-in) that is under the control of the Ministry of Electronics and Information Technology of the Asian country, has issued a set of controversial instructions which, due to the fact that the security and privacy of their data is not recommended to continue with servers in that country.

We appreciate you understand the situation and that it is something completely alien to us. We hope to find a solution soon to bring the servers. In the following days the location of India will disappear in our app. The holidays are here and 2021 is drawing to a close. We wanted to send out a sincere “Thank You” for choosing VPN.lat as your free VPN service. We never forget that without you VPN lat would not exist.

This year we have worked hard to make improvements to the app, add new locations and improve the speed of the servers. We will continue working to improve the service and continue to offer it free. 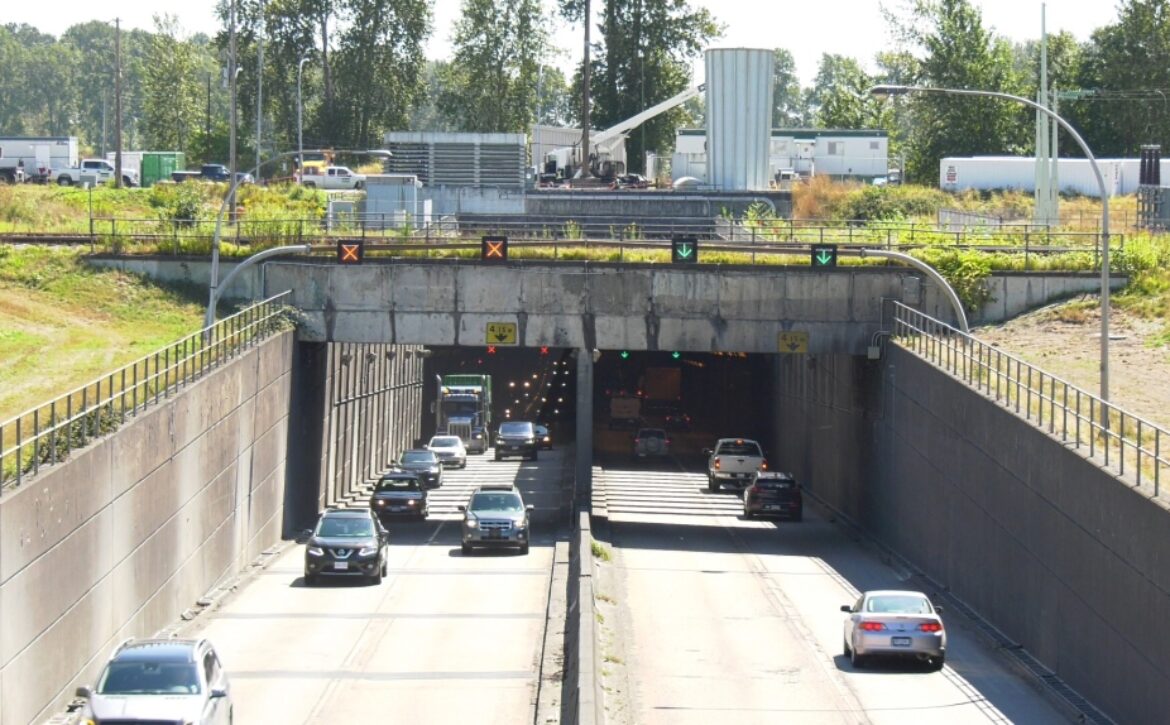 For a long time, many of you have requested the split tunneling function to be able to select which applications on your phone work through the VPN and which do not. After a lot of work today we released version 3.8.3.6.1 which includes this new feature.

To configure the applications that will NOT go through the VPN and that will be excluded from VPN.lat click on the gear icon:

After selecting the gear you will get a list of the applications you have installed. You must select those that you want to exclude from the VPN. Once the selections click on OK and that’s it.

If this option still does not appear, go to the Play Store and check that you have the latest version of VPN.lat installed.

We hope you like this feature. We continue working to improve the functions of VPN.lat 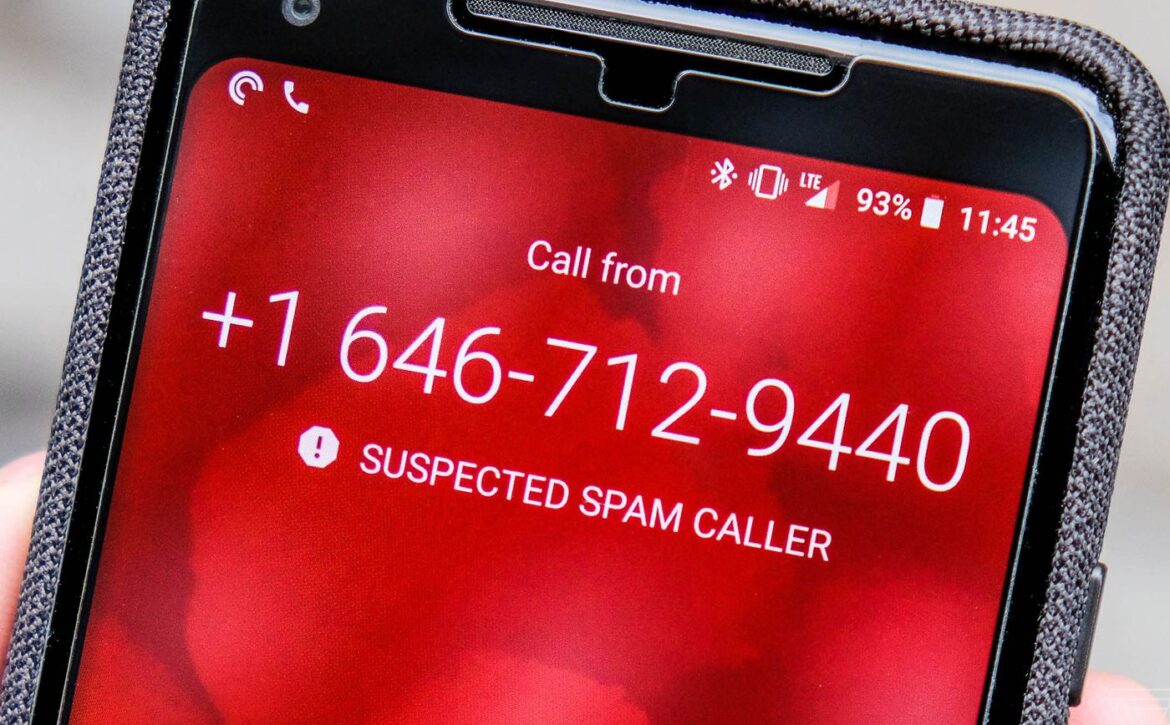 How to block spam calls on Android and iOS?

How to block spam calls on Android?

1 – On your device, open the Google Phone App.

4 – Optional: To block spam calls on your phone, turn on Filter suspected spam calls. You won’t get missed call or voicemail notifications, but you’ll still see filtered calls in your call history and be able to check any voicemail you receive.

How to block spam calls on iOS?

You may do more than merely send a call to voicemail in silence. You can easily eliminate the majority of spam calls you receive using a phone spam filtering program, even if they’re from unique faked numbers. You’ll need to get an app from the App Store, which includes Robo Shield or Robokiller, among others. These programs usually need a monthly subscription charge, but it can be worth it to save your sanity for a few dollars a month.

Open Settings and select Phone after installing such an app. A new option will appear: Call Blocking & Identification. After that, enable your call filtering application by tapping it. It’s worth noting that the program may have a few setup steps of its own, but it’ll walk you through them when you install it. 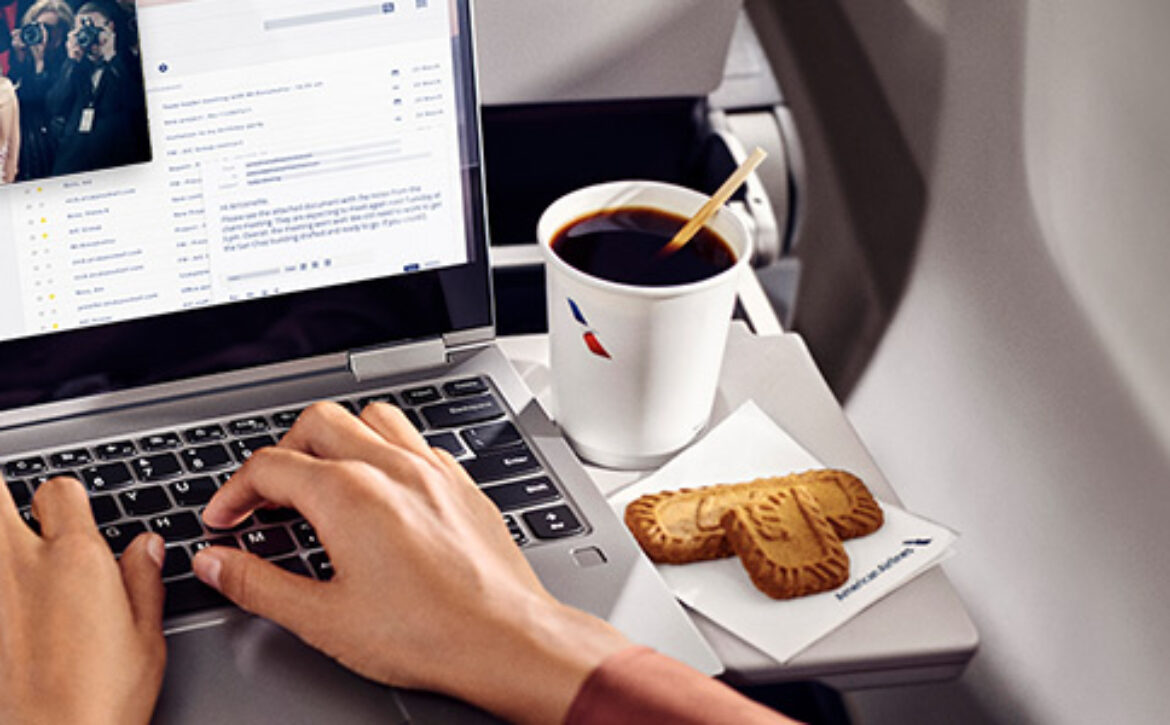 Advantages of buying flights with a VPN for Android and iOS

One of the reasons you might wish to compare different pages of different airline companies is to get the greatest price when you want to go. There are currently a number of airlines and comparison sites that can assist you with this chore. However, keep in mind that the prices indicated in the initial search have nothing to do with the prices proposed in the subsequent searches.

Following that, we’ll go through the most essential benefits of installing a VPN on your Android or iOS phone in order to acquire the best flight pricing.

The prices of flight pages that are consulted using the standard approach leave a trail of your information. They provide details such as your IP address, geography, currency, social status, payment method, and other personal information. They also tell the number of times the same itinerary has been consulted and the user’s interest in that search to the company.

Airlines use all of this data to evaluate, using algorithms, what price a consumer is willing to pay. It is quite fascinating to utilize a VPN for Android or iOS to avoid different web pages from acquiring data from your search behavior.
By establishing a virtual private network on your mobile device, you will be able to browse anonymously, allowing you to consult the many airline or metasearch engine web pages as many times as you desire. The price you’ll be given will always be the best one available.

Searches from other countries

The airlines offer a range of prices for their itineraries taking into account the country of origin from which the search is made.
Many times, the prices of flights from Asian countries are substantially less expensive than those from Europe.

It is possible to connect using the IP of other nations that have considerably more competitive flight costs in their catalog by using an Android or iOS VPN system. For instance, places in Ethiopia, Myanmar, and Bangladesh, among others, can be used to dramatically cut the cost of your flight. In this scenario, success entails comparing prices by selecting from a variety of VPN for Android or iOS servers located in various locations. You may choose from servers in 60 + countries across the world if you use VPN.lat

You might want to give a VPN a try now that you’ve learned about the several benefits it can provide while purchasing airline tickets from Android. To check all the benefits for yourself, simply write down the original price of the tickets on a piece of paper, conduct a standard search, then double-check the price using an Android VPN. 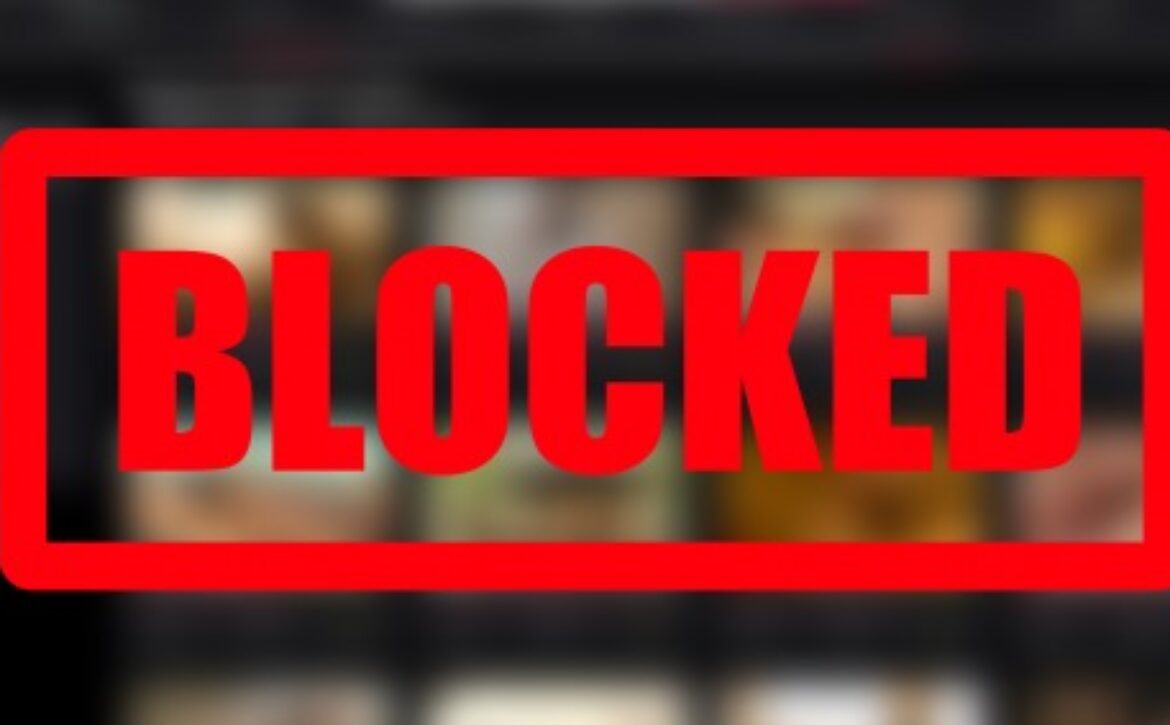 Some may be surprised to read that VPNs (Virtual Private Networks) are actually prohibited in some countries. Although the number of countries that outright prohibit the use of VPNs is small, others strictly regulate the industry. Here are the list:

Belarus
For years, the Belarusian government has worked to limit its citizens’ access to the outside Internet. It banned both Tor and VPN services in 2015, but it appears that Belarusians have found ways to get around the technological and legal barriers.

China
China may have gone the furthest in banning and blocking VPNs and Tor of any government. The Chinese government requires all VPNs to be licensed. Those who aren’t will have their accounts canceled if they’re in the country, or blocked if they’re situated elsewhere. China is one of the only governments in the world that has complete control over all local Internet service providers, and they employ deep packet inspection technology.

Iran
Iran attempted to prohibit access to VPNs based in other countries in 2013, allowing only VPN providers that were regulated and registered with the Iranian government to operate. While it is illegal to sell or promote VPNs, and persons can be prosecuted for using one, VPN use by citizens and even government personnel is still fairly prevalent.

Iraq
In order to combat ISIS’ online presence, the Iraqi government has gone to extremes, prohibiting not only VPN services and social media, but also implementing nationwide Internet outages. Despite the fact that ISIS is no longer a threat, the country’s severe Internet prohibitions remain in place.

Oman
In 2010, Oman approved legislation prohibiting the use of VPN services. Anyone who breaks this law faces a fine of 500 rials (approximately $1,300). Companies can request for a permit to use a VPN that has been approved by the government. If a corporation is found to be infringing the law, it will be fined 1,000 rials.

Russia
Russia has taken a number of legal steps to restrict free speech and information access both within its borders and online. The Yarovaya Law was passed by the Russian Duma in 2016, requiring VPN services to register with the authorities and log their users’ internet activity. Another rule passed by the Duma in 2017 required licensed VPNs to block their users’ access to certain websites that the Russian government had banned. Those who did not comply were subjected to bans.

Turkey
In 2016, Erdogan’s regime began restricting VPN and Tor services. Turkey is now deploying deep packet inspection techniques to detect and block VPN and Tor traffic, similar to China. In Turkey, the rule of law has collapsed, and using a VPN connection can flag you as a person of interest to government enforcement. In Turkey, though, VPN use is extremely common.

Uganda
Ugandans have increased their use of VPN services in response to the recently enacted social media tax. The Ugandan government retaliated by ordering that VPN services be blocked by local Internet service providers. In Uganda, there is presently no legislation prohibiting the use of VPNs, although this is changing.

United Arab Emirates
The UAE updated its rules in 2016, making the use of a VPN service to “commit a crime or prevent its detection” illegal by up to 2 million dirham ($540,000) in fines and temporary jail. While VPNs have their benefits, the UAE has explicitly banned VoIP conversations and a number of websites, including certain French TV stations and Netflix. It is against the law to use a VPN to access a restricted website. 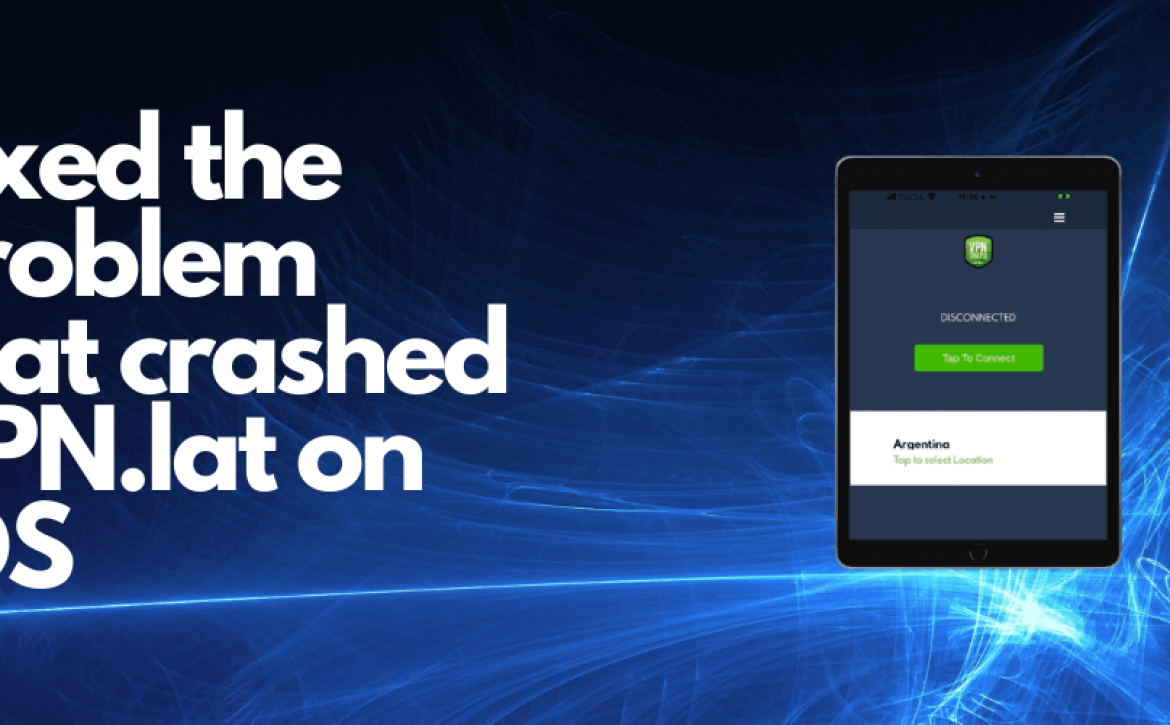 Fixed the problem that crashed VPN.lat on iOS

Hello, a few weeks ago some of our users reported to us that when trying to select some servers in VPN.lat for iOS, the application was closing and they could not open it again.

Today the problem has been solved and an update as such is not necessary. In case they cannot open the application, the procedure to make it work again is to delete and reinstall it from the App Store.

We are sorry for the inconvenience and we hope you can already enjoy it without any problem. 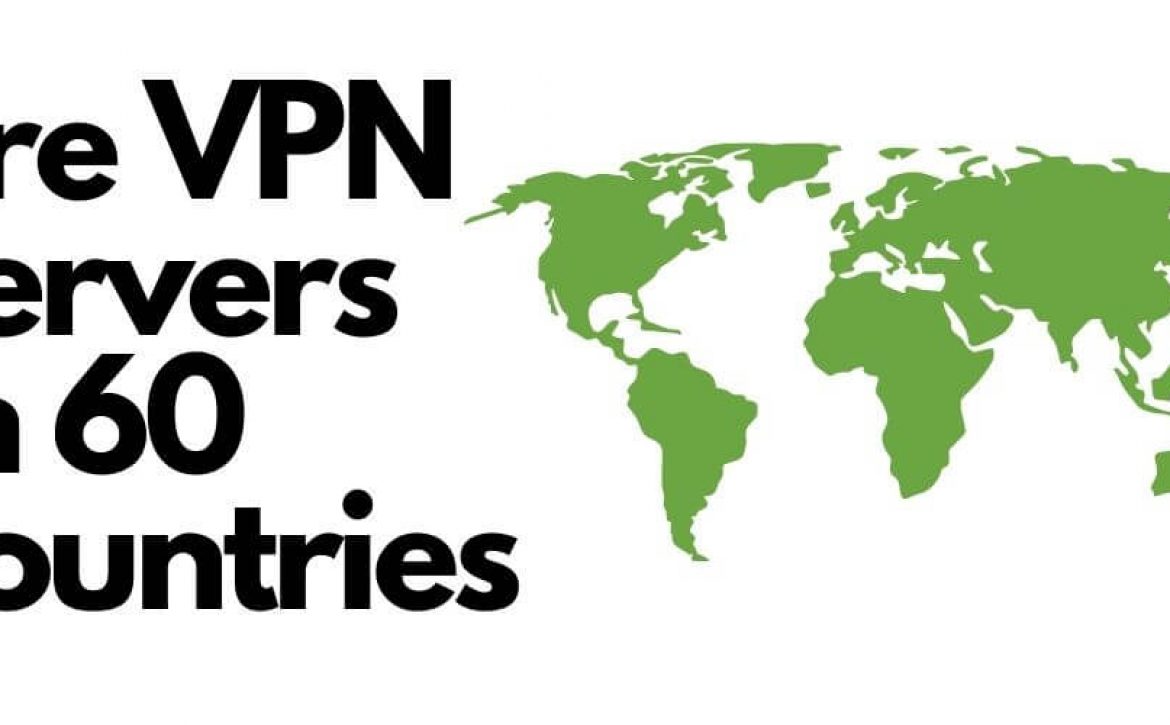 It has been increasingly difficult to find servers in other countries because they are countries with less connectivity and a much higher cost, but we will continue working to be the best free VPN app with servers around the world, something that not even apps from pay they have.

Thanks to you we continue working and improving little by little and we appreciate your patience when we have problems and failures in the servers and app.

Thank you for continuing to support VPN.lat 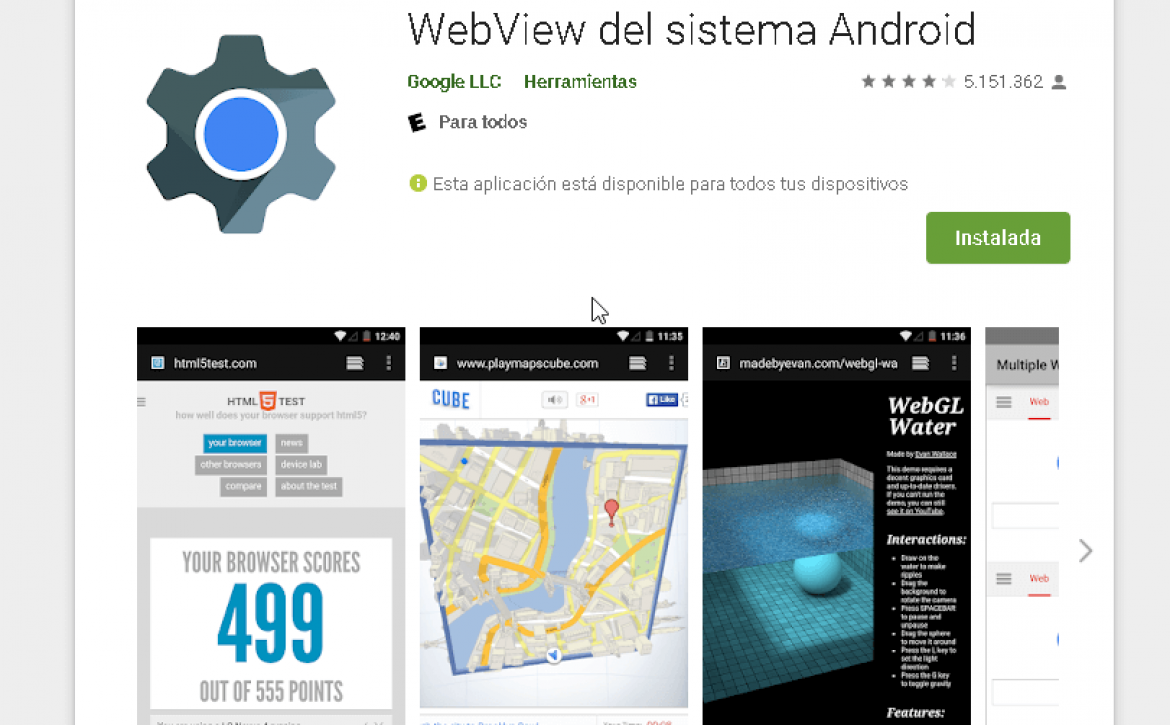 A large number of Android users reported multiple app crashes as of Monday afternoon. Engadget’s initial report mentions that users saw notifications of apps that stopped and could not be opened or did open, but their proper functioning was affected. And we have received reports that this happens with VPN.lat users

This is the solution to the Android system WebView problem

According to Android this would solve the problem. We are aware of any errors that may be generated. 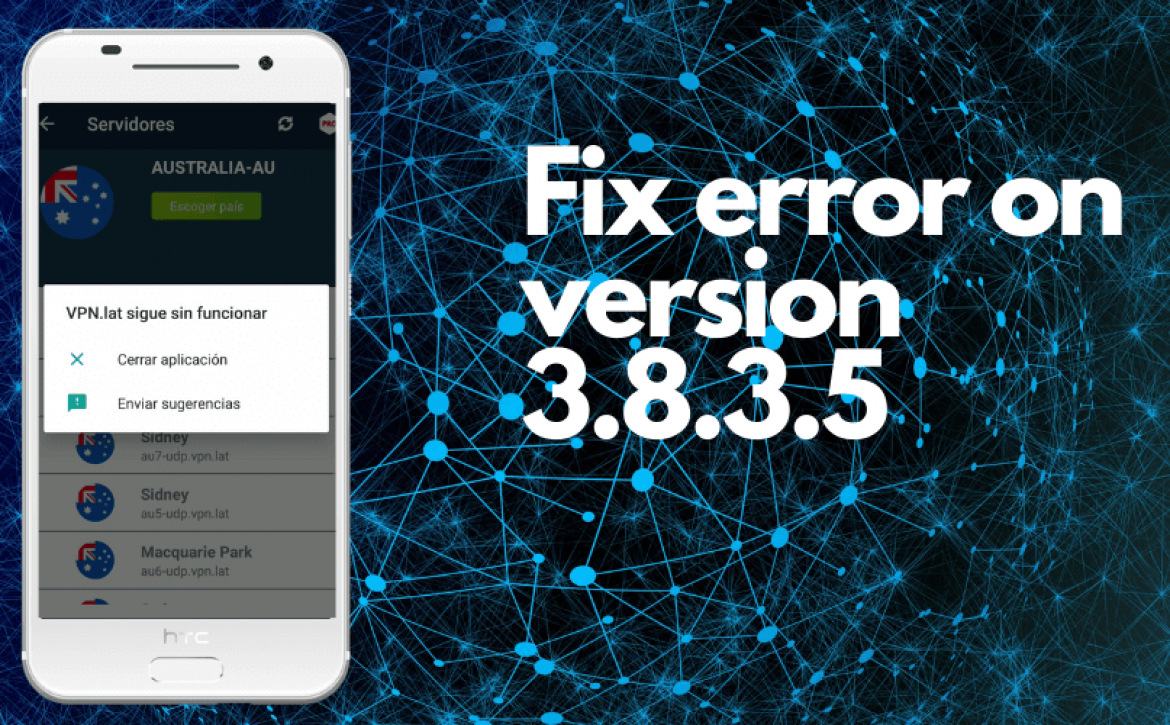 Hello dear user, a few days ago we launched version 3.8.3.5 of vpn.lat for Android and some users have reported that at the time of updating the application has stopped working when they want to enter a server as shown in the following screenshot:

If this happens to you, the quickest way to solve it is to delete vpn.lat from your phone and reinstall it from Play Store. This is because in the update it caches some data and that causes the error.

We are working on a new update that fixes this problem.

Thanks for your patience and cooperation.